Blues travel to Oakwell without registering a single away victory all season.  Barnsley have only won one of their previous nine home matches against Blues – fingers crossed that record gets even worse today.

After a positive performance against Villa, we hoped that it was a sign of things to come. However,  the tepid and largely uninspiring showing on Wednesday night against Brentford nullified spirits. There’s a real lack of cutting edge, it’s now three games without a goal and Cotterill must find a winning formula sharpish.

For the second game running, Sam Gallagher was used on the wing and struggled to make any kind of positive impact. I don’t see the logic in putting a 6’4 striker on the flank and leaving a fast, athletic and lively Che Adams as the lone striker. Both players would benefit if they simply swapped positions.

Maxime Colin picked up a hamstring injury against his old club on Wednesday night, Emilio Nsue is set to earn a recall and start at right back. That may not be the only change Cotterill makes; Jeremie Boga could start his first game under the new regime, he adds more going forward than Jacques Maghoma and is a definite goal threat.

Blues are lacking someone who is able to distribute and dictate; Craig Gardner could relish in a deep-lying partnership with Maikel Kieftenbeld and really give the side a platform.

The hosts have only been defeated once in their last five contests.

Paul Heckingbottom’s side eased past Burton Albion in the week winning 4-2 and will be eager to build on that result.

Former Walsall striker, Tom Bradshaw, is the Tykes’ top scorer with eight in all competitions. The Welshman was once a target for Blues under Gary Rowett. 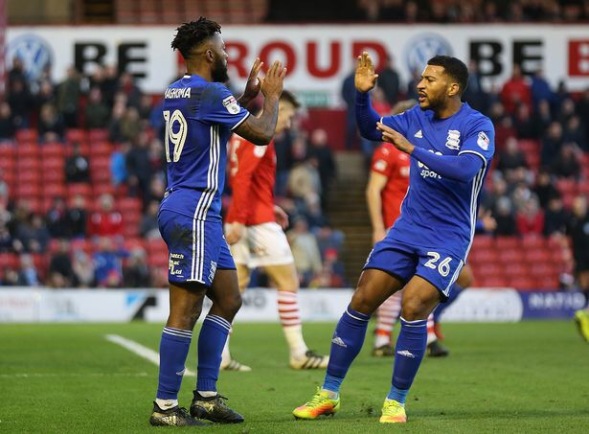