Birmingham City vs Aston Villa: The Second City derby is back and tomorrow we do battle

So, it’s nearly here. The weekend we couldn’t wait for has arrived. The game is almost upon us.

Tomorrow, Blues and Villa do battle.

It’s so close now that you can smell it. The nerves have kicked in. That awful feeling of dread – “what if we lose?”

There is little worse in football than coming out on the defeated side in a derby. Especially this derby – with one set of fans so different to the other and with one side so often the underdog. There is truly a palpable difference between Blues and Villa. One side carries the city’s name, embraces the industrious and diligent nature that has powered Birmingham and take nothing for granted. The other are arrogant and pretentious. The stark disparity between the clubs makes the prospect of losing even worse.

But tucked away, so far back you almost feel foolish for thinking about it, is another “what if?” This one more hopeful. “What if we win?”

Do you dare to dream of it? Your mind runs through so many different outcomes. A last-minute winner? A 5-0 destruction?

In reality, it is the result and not the performance that matters in tomorrow’s clash. Blues could play appallingly in front of not only the 26,000 at St Andrew’s but all of those watching on Sky Sports across the country – but if we win, that doesn’t matter. 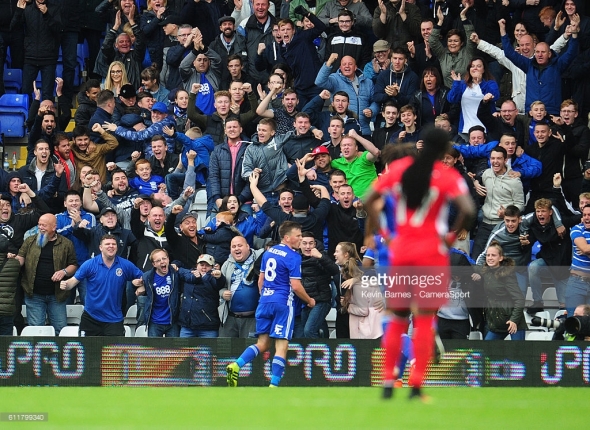 When Blues fans walk out of St Andrew’s at 2pm tomorrow and when Villa supporters leave the away end – well, once they dare venture out after requesting to be kept in the ground – only the result will be remembered, no matter the quality on show on the pitch.

It is hard to explain to those outside the Midlands what this means. I tried to do so in this piece ahead of the League Cup meeting last season – but it’s a challenge to replicate the feeling in words.

The importance of this match is no doubt undervalued by the rest of the football world. It is ferocious. There is pure, unadulterated hatred. The long-awaited derbies that followed when Blues were first promoted to the Premier League were as hostile as any English football match in this century.

As if the fierce rivalry wasn’t enough, there’s an extra aspect to the already-mouthwatering affair of tomorrow’s 122nd Second City derby.

Steve Bruce returns to St Andrew’s as Villa manager after taking over earlier this month.

The ex-Birmingham boss has challenged Blues fans to show more originality when singing about him, after he deemed the chants at Burton last week too boring.

This is, of course, a smokescreen to direct the attention away from his players and onto Bruce himself. But I’m sure St Andrew’s can make it as tough as possible for those wearing claret and blue on the pitch.

Back in 1879, when the two sides first met – as Small Heath Alliance and Aston Villa – Blues emerged as 1-0 winners at Muntz Street on a pitch described by Villa’s players as “only suitable for pot-holing”.

For tomorrow’s clash, the first league meeting in five years, the plea to the players is simple. Go out there and give everything. Do not be overawed but instead commit yourself to the occasion, relish it, and the fans will back you.

Blues boss Gary Rowett admitted that he is nervous ahead of the game, but everybody connected with either club will be – this is a match unlike any other. 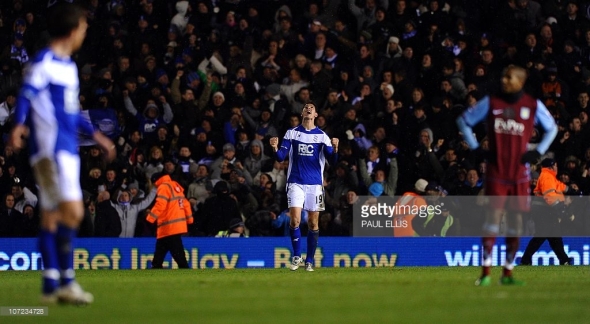 Remember Zigic, remember John, remember Enckelman, remember every glorious moment that this fixture has brought you.

And let those memories spur us on. Unleash everything you have.

For tomorrow, we do battle.