Attempting to improve the atmosphere within football grounds is an aim for supporters across the country, and it has been tackled with varying degrees of success.

At Crystal Palace, for example, a group of fans called the Holmesdale Fanatics have undeniably made Selhurst Park louder, but at other clubs the idea has failed.

Supporters have tried to improve the atmosphere at Birmingham City in the past, but after efforts tailing off, a new group has been formed.

The Tilton Alliance, founded via Facebook, already boast 500 members and will sit in block 4.

Made in Brum spoke to two of the group’s founder members, Chris Mitchell and Lee Neal.

Firstly, what is the aim of the Tilton Alliance?

Chris: The aim of the group is to create a friendly atmosphere in which all ages are welcome. We want to show the players and staff that we are behind them for 90 minutes regardless of score, we also will try our best to make it as friendly as possible and will stamp out any sort of trouble makers if there is any that is. We believe with a rocking atmosphere it will transform on to the pitch and will help players push that little bit of extra. Being like Palace fans is something we are looking up to.

Lee: The aim of the group is to get the old atmosphere back down St Andrew’s ,that place used to be bouncing every single game! I know we’ve been through tough times and it’s had an effect on attendances and atmosphere but I genuinely believe the good times are on the way back. So we’re going to give it our best shot to prompt people into action. We want a carnival like atmosphere that no one else can compete with; flags, banners, balloons, whatever it takes to create that feel good atmosphere. I’m willing to fund it and give it the best shot.

How did the idea to form a group intending to improve atmosphere come about?

Chris: The idea came about after we made a party atmosphere last Saturday and after such a poor atmosphere on Tuesday night, it made us want to do something about it, making the group was an idea of season ticket holder Aaron Gallears.

Lee: Well it’s an idea I’ve had for a while now, especially after working in Germany last year and attending a couple of Dortmund and Kaiseralautern games, the fans over there are incredible! But I didn’t know how to put it into practice over here, then Birmingham City fan talk  welcomed andre over from Portugal, and about 20 of us sat together in block 12 and made a right racket. We were applauded by other fans and even the stewards loved us, we took a flag and balloons and even made it into the Mail! It was then I decided to act on it and set up another group with Chris and the other admins dedicated to passionate fans. 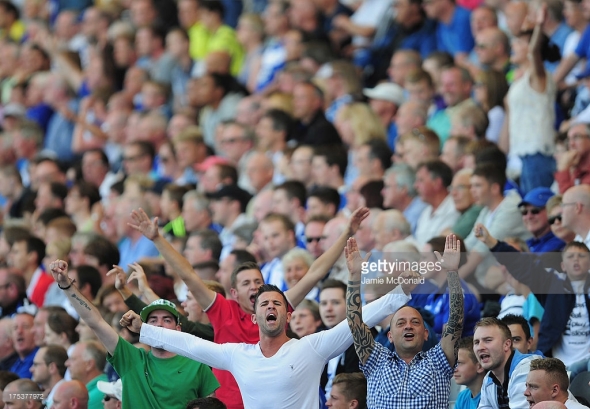 Why does Birmingham City need a group like this?

Chris: Unfortunately singers at St Andrew’s are situated in blocks spread around the ground, therefore it doesn’t seem to create much an atmosphere so we believe sticking us in one place together we can be the voice and help make St Andrew’s the fortress it once was .

Lee: I think Blues need a group like this because we deserve it. Gary Rowett deserves it, the players deserve it, Panos deserves it, everyone at this club deserves it. I think we’ve had a brilliant season considering our financial position and I honestly believe with a bit more belief and passion from the fans we can improve next season.

Lee: I’ve spoken to head fan liaison officer David Boston on the phone,he was really happy with the ideas I put forward and was really positive. He said he and the club fully back the idea. It was a really refreshing phone call and left me feeling positive about our plans. 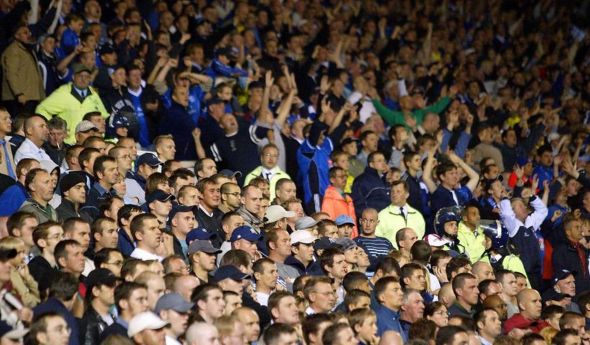 Other groups – such as Forza Blues – have tried and failed to do what you are trying to do. What is different about the Tilton Alliance?

Chris: I think being situated in the Tilton has definitely made it more attractive for bluenoses to join us as it’s our main end. We will create flags, and sing our hearts out in the end we love, regardless of what other people think. If we get regular singers in one area, it wont fail as they will just not care about what people think they’ll just sing and party hopefully others join in which will make it incredible. Also I don’t think forza were as organised as we will try do it, not sure if they had an open group like this where we can have fans interact and put their ideas forward, I think they just had a page which is more difficult to get organisation. On Saturday 20 of us went and created a carnival atmosphere in block 12, this would’ve happened even if Villa didn’t go down, we were praised by upper Tilton fans.

Lee: I know Forza Blues tried and failed, me and David Boston spoke about that, he told me the reason it failed in the end was due to the lack of contact between the two parties. He also told me the basic dos and don’ts and to keep him informed of our plans etc. He also added that if it’s successful, there’s no reason why we can’t have our own version of something like Crystal palace’s Holmesdale Fanatics, their club fully support and back that fan group and I think it’s brilliant them doing that.

Finally, how do Blues fans get involved?

Chris: Go on the group page, find the block we sit in and purchase seats in that area of the ground. We also have the group to share  opinions or ask any questions, everybody is welcome to get involved. Tilton Alliance is bringing the atmosphere back!

One thought on “Meet the latest Birmingham City group trying to improve the atmosphere at St Andrew’s: Tilton Alliance”