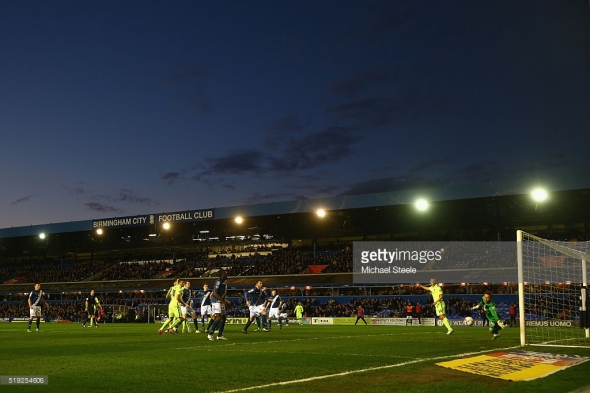 After a disappointing day at Charlton, Blues’ playoff hopes were looking very bleak. Ipswich, Cardiff and Sheffield Wednesday have pulled further away from us and we still have to face the best two sides in the division; Burnley and Middlesbrough.

Our first task on our revival, however, was to overcome former boss Chris Hughton and his very strong Brighton side.

Gary Rowett made five changes from the weekend’s game against Charlton. Davis, Cotterill, Robinson, Vaughan and Fabbrini come out of the team. Lafferty came into the team for his debut. However, the most interesting pick was playing Donaldson on the left hand side. A position he seemed to not be familiar with.

Blues started the game looking very calm and collected on the ball. Gleeson and Kieftenbeld were able to find a lot of space between the lines. This mixed with some creative play lead to the first goal of the game. Toral, who received the ball from Keiftenbeld, laid-off Maghoma running into the area. His shot was saved by David Stockdale. However, Kyle Lafferty was in the right place to poke in the rebound, his first goal in English league football for over a year. 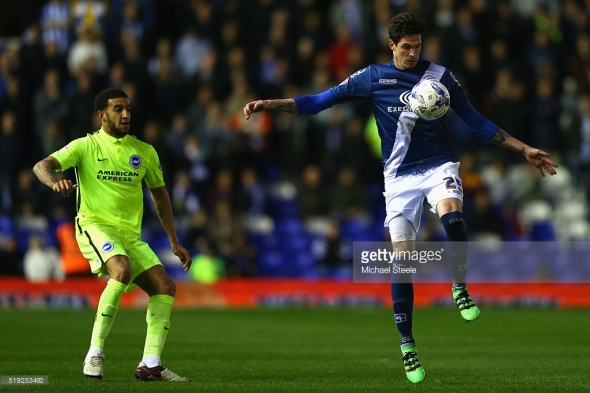 Just over 10 minutes later, Brighton won a free kick. A fantastic opportunity for established set piece taker Skalak to pump the ball into the box. He did just that and centre half Connor Goldson rose higher than the blues defenders and directed the ball into the bottom corner. Arguably an undeserved goal for the visitors.

This changed Brighton’s mentality. They became the much better team with fast attacking play and fluent passing. 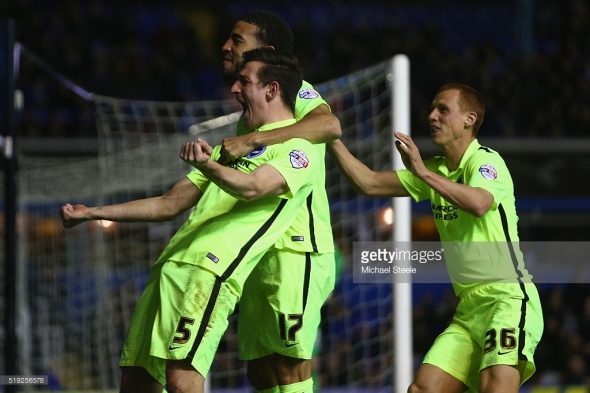 After this, there seemed to be no stopping Albion. Tomer Hemed, who was relatively quiet on the day, came so close to grabbing a third. A spectacular overhead kick was tipped around the post by Kuszczack.

Although Blues seemed to have the majority of the ball in the second half, no clear chances were made. The only one to note was a speculative volley from Kieftenbeld that we have seen go in on multiple occasions this season.

The last piece of action came late into injury time. Blues won a corner and Kuzsczack stormed into the box to try and snatch a point. Unfortunately, the ball evaded him by a couple of inches.

Brighton were able to create a counter attack and James Wilson gathered the ball to shoot from half way. His effort blocked by Caddis.

Overall, the game was one of many disappointing performances in recent weeks. After a fantastic season, with some top draw performances and results, it seems all but over. 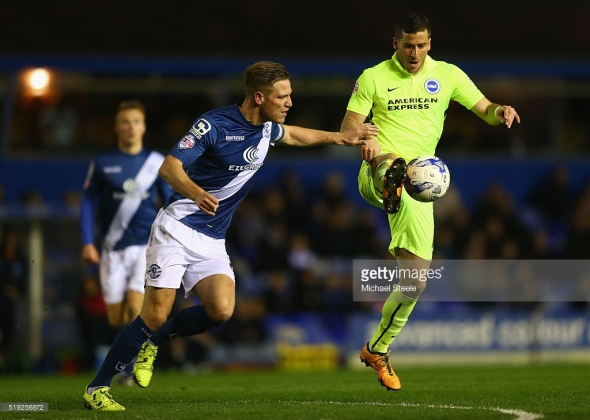 Michael Morrison battles for the ball

At the final whistle Rowett admitted that the team is “struggling at the back end of the season”. He also suggested that the team needs a “little responsibility to take control of the game”. One of the only decent performers on the night Paul Caddis said that “the lads are devastated.”

Reading 0 Birmingham City 2: Too little, too Clayts? »
« Gary; You’ve taken Blues this far, let’s not wonder what could have been and make a real play-off push