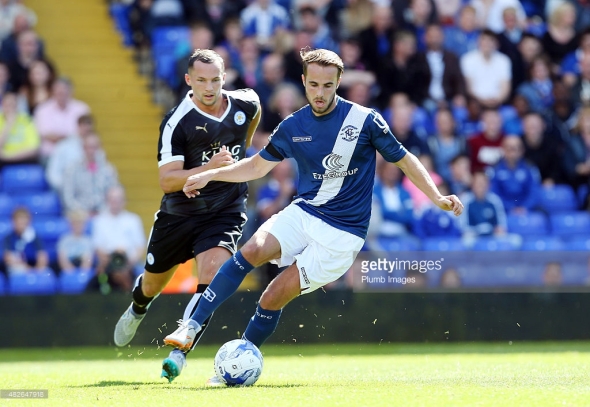 Birmingham City midfielder Andy Shinnie has signed for Rotherham United on loan, according to the Scottish Sun.

They report that a deal was completed this morning.

Shinnie, who signed for Blues on a free transfer from Inverness in 2013, has found Championship playing time at a premium this season with the emergence of Arsenal loanee Jon Toral in the attacking midfield role.

The 26-year-old has started just five league matches this term and has only one goal to his name, scored against Bristol Rovers in the Capital One Cup.

Fabbrini is currently on loan at Middlesbrough from Watford but Gary Rowett is thought to be keen to bring him back to St Andrew’s.

KRO Round-up: A missed opportunity for Blues »
« A look back on recent classic FA Cup ties