After a spirited second half performance, Blues fought back at Deepdale to earn a point, yet it could have been all three if it wasn’t for the excellence of Preston keeper Jordan Pickford and if Blues had a little slice of luck

The change at half-time arguably dictated the direction of the game. Andy Shinnie ghosted behind James Vaughan for the entire first-half, unable to keep possession in what was a compact Preston central four. It was almost as if Blues were playing with 10 men for the first half. The long, direct style of play did not benefit him at all, resulting in him chasing shadows after an energetic first half by Preston. Then Jon Toral came on. Picking up the ball in pockets, acting as a target man, taking on defenders; Toral was a constant nuisance for the Preston defenders. The Arsenal loanee also gave a breath of fresh air to what before was an extremely isolated James Vaughan. It was yet another impressive performance by the Spaniard, who seems to have reignited himself in recent weeks and continues to cement his place as a key player in this campaign. 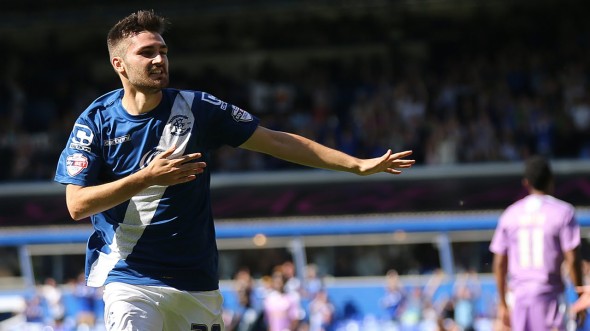 Demarai Gray and Jacques Maghoma caused Marnick Vermijl and Greg Cunningham all sorts of problems in the second half. Yes, there was the occasional 2 or 3 victim run from Gray in the first half, but he and Maghoma were quite restricted in the opening 45 minutes. When you have wingers that possess such pace and ability to run with the ball, you have to provide a platform from which they are on the front foot. The ball was not  shifted out wide quickly enough. Too many times we fed Gray and Maghoma with their backs turned against goal with a defender physically attached to them, hoping they could produce something. It’s just not going to happen. 9 times out of 10, if you give them the oppurtunity to run at a defender, they will beat them. That’s exactly what happened in the second half, and Blues looked menacing everytime the ball was out wide. Although Gray was on the receiving end of criticism for his shooting last night (two eye-opening one on ones) his ability to create chances is unquestionable. I think we rely on him a bit too much. But yes, anyway, bit more urgency towards the wide areas please Blues. 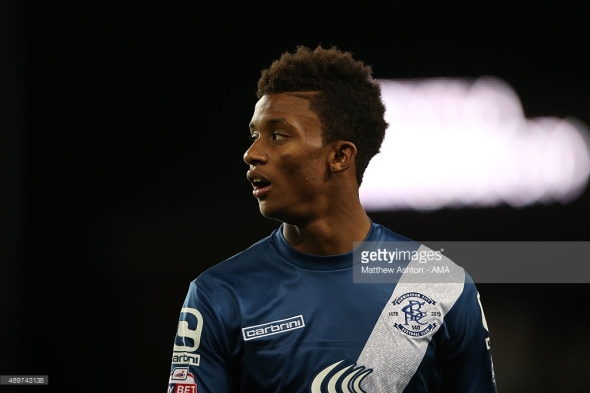 A back four consisting of Neal Eardley, Jonathan Spector, Michael Morrison and Jonathan Grounds wouldn’t usually be labelled as ‘fairly solid’. Ignoring that farce of a goal we conceded, Blues proved to be quite resolute at the back. It took them 20/25 minutes to settle against a confident, vibrant Preston start, but Blues were well organised and well disciplined. Grounds had possibly one of his best games in a while, his anticipation of the game and the attacker the most impressive feature of his no-nonsense night. Eardley as well, a player confined to the shadows in the summer, has returned from injury a completely different player. Of course there was the odd ‘you let him past a little too easy Neal’ but his composure and positioning were superb all night. He nearly even added a 25 yard screamer to his name. A game of limited mistakes could be noted for the Spector-Morrison partnership, dealing with most of the danger with a calming assurance. Spector was the culprit of knocking it out the ground a few times when it wasn’t needed, the presence of Garner was an acknowledgable threat. Positives to be drawn again.

It’s incredibly tedious and frustrating to watch us lump the ball up towards a 5ft 11 striker who is battling his backside off against two 6ft + centre halves. Strangely enough, the style very rarely bared any fruit for Blues until Toral was on. I’ve said it time and time again, there are some technically acute players in the side, and when Blues move the ball quickly when transitioning into the opponent’s half, they are very difficult to play against. We’ve seen it at Fulham (a), QPR (h), Brentford (a) and Bristol City (h). Blues played at a reasonably high tempo, moving the ball around with ease. But I admit, it is increasingly difficult against sides that are better organised and efficient. Vaughan clearly preferred the ball being played into his feet. He won the odd aerial duel, but he was far more effective linking with the attacking 3 with the ball on the ground. Blues have needed to adapt a little while Clayton Donaldson has been sidelined, and I think the second hald proved Blues can make these adaptations. 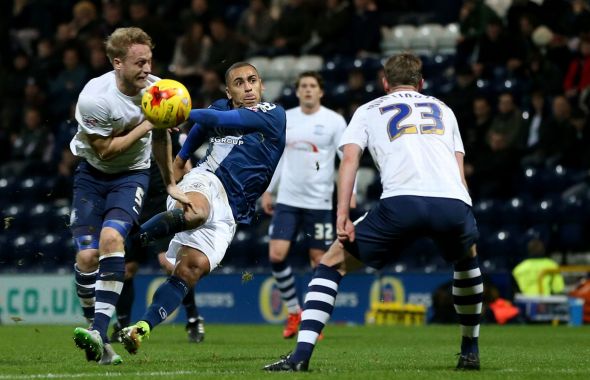 Should David Davis have started?

The first 15/20 minutes were murder for Blues in the centre of the park. There was just more energy and enthusiasm in the Preston midfield. Stephen Gleeson struggled to get a foot hold of the game and Mikael Kieftenbeld was too often pressued into a misplaced pass. Would David Davis have been a better match up to start off with? It could have been a fiester contest in the first half. Kieftenbeld grew into the game and began to excel in his job description; protecting the back four, moving the team forward, opening things up. Gleeson just seemed slightly off the boil last night. There was the odd exquisite pass that got Blues on the front foot, and again he wasn’t being dragged left, right and centre as he protected the back four. He does like to move the ball sideways but it was one sidepass too many. Gary Rowett bringing Davis on as a right winger certainly indicates the physicality he offers. And you get the sense there is an extremely good balance between Kieftenbeld and Gleeson, they both compliment each other’s games. Gleeson and Kieftenbeld clearly survived the storm, but you just wonder if Blues would have been on a stronger foot if Davis was oozing his physical energy on the pitch. This subject would have been a lot more interesting if we had of lost.

Up next is Cardiff on Friday night, our 3rd game in 6 days. They’re quietly collecting some results, and sit a place above us in 7th. I’d expect Toral to come in, and we could also see Davis introduced to the starting 11. I’m predicting another 1-1 draw.