The final international break of 2015 could have perhaps arrived at a better time from a Birmingham perspective; after obliterating a sorry Fulham at Craven Cottage, the quest to gain a little momentum back at St Andrews again would have probably begun had Charlton visited this weekend rather than the next. But sadly, the internationals have annoyingly delayed a brewing groove, and Birmingham must entertain a Charlton side that, despite having lost 5 of their last 6, may be tricky opposition following the arrival of newly appointed manager Karel Fraeye.

Blues have encountered six tough fixtures since the last international break in mid-October, coming out with 3W, 1D and 2L.

So I decided it was again perfect timing for a little review and a small preview to future fixtures as Gary Rowett and his tight-knit side aim to enter 2016 flying high.

The home game against QPR was evidence of the spirit and harmony within the squad; after falling a goal down and being on the back foot for the early stages, Blues dragged themselves back into the game and fought back to beat a talented looking Rangers side. Once ahead Blues dominated, happy to cause QPR serious threats on the break whilst numbing their toothless attack at the back. The visiting side being deprived of Charlie Austin and Jamie Mackie perhaps was a blessing for Blues, but they got the job done and comfortably seen out the victory.

Pure delirium followed on the Tuesday night at the Macron (Reebok), as Blues entered the automatic promotion spots. A second consecutive goal for Paul Robinson, who hadn’t scored for 8 years prior to his equaliser against QPR, handed Blues three points that they had desperately fought for. Again, Blues neutralised and controlled what appeared to be a Bolton side that lacked quality and composure. 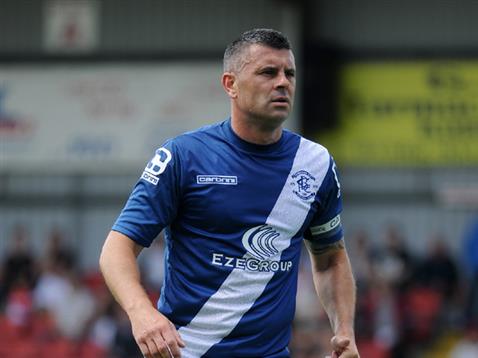 The game against Hull City at the KC was a forgettable experience. The conceding of the two cheap goals was extremely uncharacteristic of Blues, especially this season. Blues also lacked any cutting edge in the final third, Donaldson was isolated and the quality of end product was desperately poor for the majority. It marked Birmingham’s first away defeat of the season and abruptly halted the four game winning streak, albeit against a side that should possess an automatic promotion spot come May.

Despite the defeat I personally was still in high spirits ahead of the annual Sky Sports televised fixture with Wolves; however those high spirits were instantly evaporated following Robinson’s decision to commit defensive suicide and hand Dave Edwards perhaps the easiest goal of his career. The confusion gave Wolves a firm grip on the game; we were given a taste of our medicine. The two defensive lines of four in Gold highlighted the lack of invention and creativity from Blues when moving forward, and Kenny Jackett’s men restricted Blues to just one shot on target. It was arguably the worst performance yet, and also ended Robinson’s run in the team.

On the Robinson note, you have the feeling that for the benefit of results, that he can’t play three or more consecutive games in a row. The fire might still be in his belly but the centre-back is definitely showing steep signs of ageing, it is proving increasingly difficult for him to keep one step ahead of the game.

The reintroduction of Spector helped provide Blues with their first home league clean sheet of the season, but more importantly a point acquired to halt the losing streak. Not the most entertaining fixtures on the night, and Blues produced a more conservative performance as Blackburn replicated the home sides style of play; Donaldson and Rhodes key to both sides, and both were pretty much kept out the game.

Advance 96 hours, and vibes surrounding the Blues fan base was a stark contrast to that of Tuesday night. Blues were clinical, incisive and ruthless as they put to bed any doubts of their attacking capabilities. Five separate goalscorers, and it possibly could have been more. The only negative aspect was to concede two, especially after the sending off of James Husband, where Blues appeared to be little too comfortable. Yet the attacking response from Blues was immense. Viv Solomon-Otabor’s fine individual goal at the end topped it off; what an exciting prospect he is going to be in the future.

Looking ahead we have Charlton at home on the horizon, followed by a tough away trip to Brighton. Then the slightly congested December month will appear, with Middlesborough away, Preston away and Cardiff at home all in the space of 6 days. Any injuries around that time may inflict serious concern when you have a schedule that will definitely cause cases of fatigue, Sky are not doing us any favours with the Friday night slot with Cardiff either. The next month and a half are huge if Blues are to maintain their credible push for a play-off spot. If we can consistently perform like we did against Fulham, which may be a little difficult to achieve in home fixtures, then I’m confident we can still be in a position that causes nose bleeds by the January transfer window.

Can we be the first team to defeat Brighton? Can pennies out battle the millions at the Riverside? Let us enjoy our fine form for the time being, there hasn’t been a feel good factor down Stans like this for years, and it is showing. Away followings are visually improving and whilst we are playing this good away form home, why not make the most of it? Our away support is as good any other, and Fulham is a prime example of that. The best thing about it as well is that the players thrive off it. So while the lads try to make it a season to remember on the pitch, let’s make it as memorable as we can off the pitch.

The man who scored my favourite ever Blues goal turned 37 today »
« St Andrew’s parking plans: Have your say