Birmingham City’s run of four straight victories was halted with defeat at Hull City last weekend, but they have the chance to return to winning ways in Saturday’s derby against Wolverhampton Wanderers.

Blues sit sixth in the Championship, just a point behind second-placed Hull, while Wolves’ string of three consecutive losses has seen them drop to 15th. 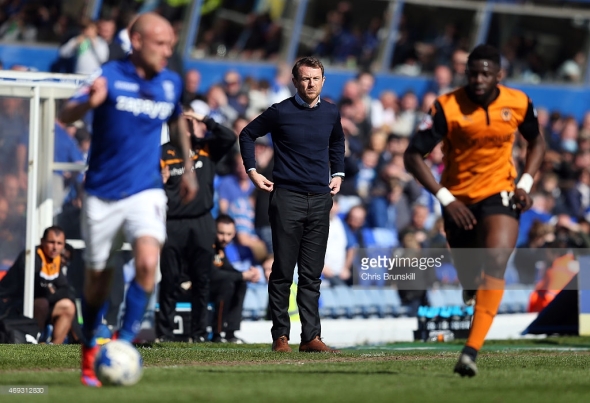 Gary Rowett has an entirely fit squad to choose from and will be boosted by the return of winger David Cotterill. However, the Welsh international may struggle to force his way back into the starting line-up after a string of impressive displays from Jacques Maghoma.

Demarai Gray, who scored a late winner in this fixture last season, has recovered from a migraine that saw him substituted at half time at the KC Stadium.

Neal Eardley, who suffered a shoulder injury in Blues’ 1-1 draw at Ipswich Town in September, is back in training.

Wolves will hand a debut to Mike Williamson, who signed on loan from Newcastle United earlier this week.

But boss Kenny Jackett is sweating on the fitness of Williamson’s defensive counterpart Dominic Iorfa, who is a doubt.

From the BCFC Archive

Wolves have had 6 different goalscorers in away games this season. They last failed to score at St Andrew's in the 0-0 FA Cup tie of 2012

53% of Blues fans that voted in a Twitter poll think that Rowett will play three central midfielders – most likely Stephen Gleeson, Mikael Kieftenbeld and David Davis – while 47% think that either Andy Shinnie or Jon Toral will start as an attacking midfielder. 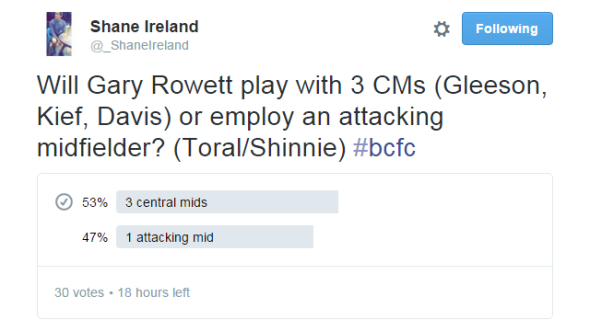 74% of those who voted predict a Blues win.

The last meeting at St Andrew’s

These sides last clashed at St Andrew’s in April, when Blues came from behind to secure a 2-1 win.

Benik Afobe put the visitors in front on 21 minutes, before goals from Jonathan Grounds and Demarai Gray turned the match on its head.