After a relatively tranquil transfer deadline day on Tuesday in regards to the business Blues had completed, it was pleasing to see that Blues had managed to hold onto the core assets of the squad whom will only make this summers additions all the more fruitful.

Whilst we saw the departures of Wes Thomas and Nick Townsend to Swindon Town (loan) and Barnsley (permanent) respectively, the current assembled squad appear to have the talent and drive within them to mount a successful Championship campaign; despite what seems to be a thin Blues squad.

The overseas acquisitions of Maikel Kieftenbeld and Nicolai Brock-Madsen were what could be deemed uncharted waters for Blues and fans alike, yet Kieftenbeld has proved an efficient scouting systems worth with his displays in the centre of midfield.

Not much can be said yet about the Danish forward Brock-Madsen who only has a substitute appearance against Gillingham to his name following his arrival late August.

From Tomasz Kuszczak to Jon Toral and Jacques Maghoma to Kiefetenbeld, here is a little insight to how they have done so far and what they will hopefully bring to this Blues side as the season progresses. 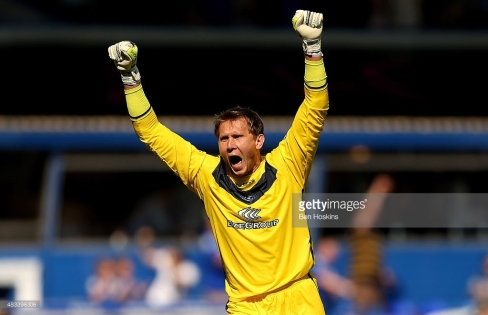 The keeper arrived as an ideal replacement for Republic of Ireland international Darren Randolph following his move to West Ham, and the former Manchester United, Brighton and Wolves man has certainly made his presence known. The 2-0 victory against MK Dons on Saturday was Kuszczak’s first belated clean sheet of the season, and after a fine injury time penalty save against Reading on the opening day which has been coincided with his incredible reaction save against Derby, fans acknowledge we have a solid keepers between the sticks. His communication skills with his back four were another issue that Yes, he has had his errors, especially from set pieces, but you can be confident that they will be minimised as the season develops. 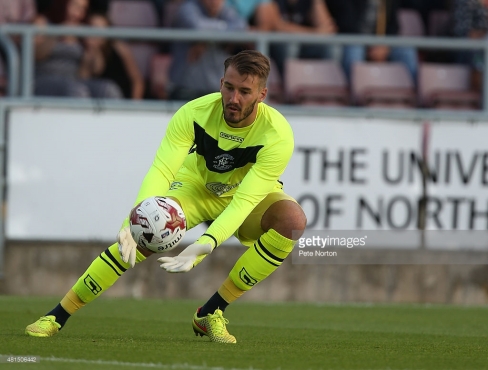 With Doyle also exiting Blues alongside Randolph, it was essential Blues scoured the market for two new keepers. Following Leyton Orient’s relegation in a season where a finger injury restricted his appearances, the self admitted Blues fan looked to have a point to prove but apart from two Capital One Cup starts against Bristol Rovers and Gillingham, his second stint at Blues hasn’t really kicked off the way he might have wanted. Rowett acknowledges the talent and ability of Legzdins after a previous partnership at Burton, so his position as a back up keeper is evidence of strong competition for Blues’ first choice keeper. If Kuszczak blunders, expect Legzdins to step up to the fold.

Maghoma is another player who arrived at St Andrews with a point to prove following what can be seen as a slightly disappointing spell at Sheffield Wednesday. The former Burton Albion midfielder was a key player for Rowett during his tenure at the Pirelli Stadium, receiving awards such as players player and being nominated in the PFA League 2 Team of the Year. The reuniting of player and manager was a prospect that sounded rather appealing and whilst he hasn’t started any league games yet, Maghoma’s ability to make an impact off the bench has been clear, more evident than not at the Stadium MK last week. Blending his intricate control of the ball with his athleticism, Maghoma can be a nightmare for tired legs which makes his presence on the bench even more desirable. However, this doesn’t leave him ineligible to start and he provides stern competition for Cotterill and Gray as they attempt to maintain the standards they have set. 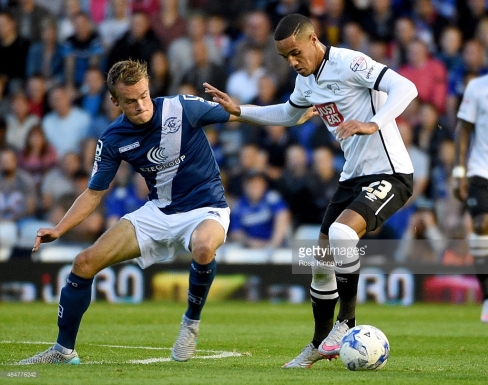 “Not your typical Dutch midfielder,” Rowett claimed following Blues’ purchase of Kieftenbeld from Eredivise side FC Gronigen. The £180,000 fee Blues forked out was quite staggering seeing as we didn’t spend a penny in transfer fees in the previous summer window, but Kieftenbeld has proved to be worth the sum and more. Not only has he established himself in the centre of the park, but he has also brought out the best of team-mate Stephen Gleeson, forming a superbly balanced partnership that plays to the strengths of both. His sense of positioning, energy and ability to keep possession of the ball have been unquestionable, anchoring the deep lying midfielder role giving Gleeson the option to roam forward. There have been times where Kieftenbeld has been the culprit of the odd defensive mistake, but they certainly don’t undeter what an impressive start to the season Kieftenbeld has had. He will continue to be an asset in protecting the Blues back four whilst it’s only a short matter of time before a goal will be coming his way. 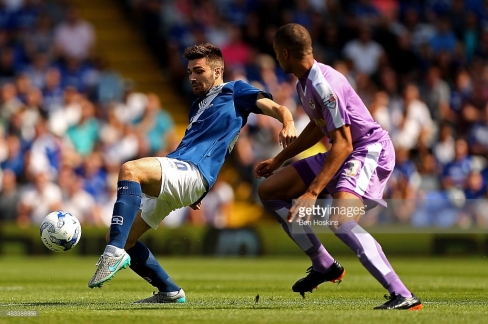 The attacking Spanish midfielder has joined an elusive group of players to make the loan switch from North London to St Andrews this summer, following the likes of Sebastian Larsson and Fabrice Muamba, as he looks to build on his loan spell at fellow Championship side Brentford in his current steep development path. Product of the Barcelona and Arsenal academies, Toral has made a clinical start to his Blues career, scoring against Reading and Burnley in his opening 2 games. Playing in the crucial number 10 role, he has formed a positive partnership with Clayton Donaldson. Toral publicly stated that ‘Clayts’ (Donaldson) ability to hold up the ball has benefitted his own game, but Toral’s own instinct to read the game and sense of spacious positioning has provided Blues with plenty of opportunities when moving forward. His off game at MK Dons proved he isn’t perfect, but that certainly didn’t falter his defensive credibility, something that Mark Warburton highlighted for improvement last season. A double figure scoring tally is a possibility; expect to see more intelligent movement on and off the ball from Toral.

Arriving from Danish side Randers FC, Brock-Madsen’s 16 goals in 90 appearances doesn’t speak optimistic volumes, but his 6ft3 frame will certainly provide Blues with a strong target man who will be beneficial if Blues decide to alter to a direct long ball style of play. A £500,000 fee was tagged on the striker who has respresented his country at U21 level (9 goals in 16 games) which acts as an indication that Rowett and his back room staff were rather keen on bringing him to the club. Whether he will make the desired impact or not is a different matter, but Rowett has stated his delight at acquiring a player with such dedication and hard work in the game. If the Dane can hit the ground running then he can possibly be a dangerous alternative for Clayton up top, which will hopefully result in him chalking his name up on the goals and assists boards.