Current League One leaders Gillingham are the visitors at St Andrews for tonight’s second round Capital One Cup clash, and they face the task of upsetting a Blues side who will be looking to make a comfortable progression to the next round.

Blues possess a rather dominant record against The Gills having been victorious on seven of the eight occasions the two sides have met; the last meeting being 14 years ago. Not since 2005 have Gillingham made round three of the League Cup however Gillingham have started the season brightly under manager Justin Edinburgh and head into the game in a similar fashion to Blues; undefeated. Rowett will be keen to keep an eye on the in-form midfielder Bradley Dack who has influenced Gillingham’s fine start to the season with 4 goals in their opening 4 league games, showcasing the attacking capabilities of the 21-year-old. If Blues stick to the 4-2-3-1 formation, the holding two (David Davis is in serious contention to start tonight) must keep tabs on Dack in order to prevent Gillingham causing a dangerous threat. 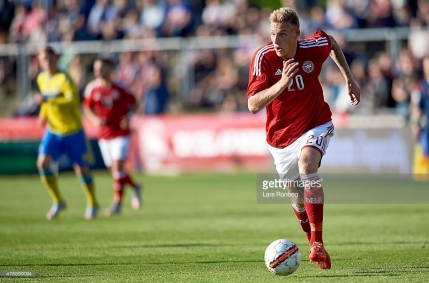 Expect to see two new faces in the squad tonight, with new signing Nicolai Brock-Madsen arriving from Randers and exciting academy product Viv Solomon-Otabor receiving a squad number on Monday, Rowett will be keen to give them a run out. The cup reshuffle might not be as dramatic as it was against Bristol Rovers a few weeks ago but you can expect to see Adam Legzdins start between the sticks for Blues tonight whilst we might see the introduction of Robinson and Eardley into the Blues back four. It is most likely Donaldson will have the night off in preparation for the visit to Milton Keynes on Saturday, which gives Wes Thomas and Alex Jones the opportunity to start. There is also the large possibility that Reece Brown may also be nurtured into the team, with Rowett keen to give the promising teenager playing time as his presence may be needed towards the second half of the season. Amid concerns over a niggling hamstring injury, both Michael Morrison and Jon Toral are among those that might also be rested.

“We ran further in the Derby game than we have done in any of the games this season so there is going to be an element of fatigue. Also we have got some very, very good players who showed that at Bristol and also show it every day in training.”