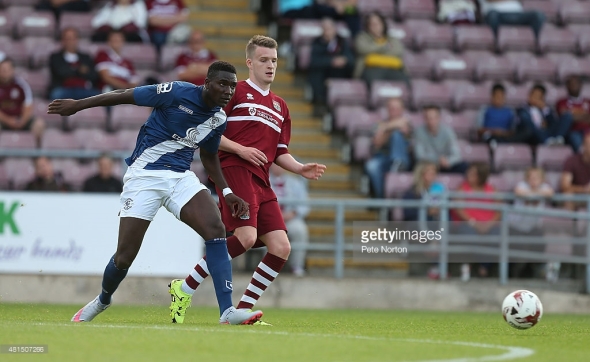 Birmingham City have made a 700,000 Euros bid for Borussia Monchengladbach striker Peniel Mlapa, according to German news website Der Westen.

Mlapa spent a short period on trial with Blues, and started in the pre-season friendly against Northampton Town in July.

Der Westen go on to state that Mlapa, who was on loan at 1. FC Nürnberg last season, has been “made an attractive offer” to return to England on a permanent basis.

The former Germany U21 international proved a handful but failed to get on the scoresheet during his friendly appearance against the Cobblers before being replaced by Viv Solomon late on.

Mlapa signed for Mönchengladbach for 3 million Euros in 2012 and has scored three goals in 25 appearances for the club.

His arrival would provide boss Gary Rowett with the extra compeition needed in forward areas – where an injury to Clayton Donaldson could prove disastrous – but almost half a million pounds is a fee that Blues seem unlikely to offer.