People in all walks of life react to criticism differently. Some will sink and others will fight their way out, using it to their advantage.

Following relegation on the final day of the 2007/2008 season at home to Blackburn Rovers, Blues’ co-owner, David Sullivan, blamed the summer signings for the club going down to the Championship, particularly Frenchman Franck Queudrue.

In an interview with the Daily Mail, the outspoken Sullivan said; 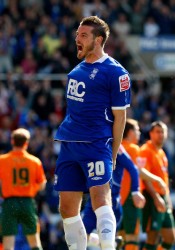 “We bought a pile of rubbish last season and Franck Queudrue has disappointed me the most.

“We spent £2.25million on Queudrue and he’s been a major disappointment to the club.

“The bottom line is that we didn’t improve the team last summer and that’s where it all started.”

No one would have blamed the Frenchman for leaving at this point. To hear the co-owner publically criticise him in the media would be both embarrassing and make him possibly make a rash decision to demand a transfer.

But whether Sullivan’s words were his honest opinion or just a way of motivating the defender for the following season, what he has said brought out the best in Franck Queudrue.

Born in the French capital Paris in 1978, Queudrue moved to join Racing Club de Lens’ academy before making his B-team debut at the age of 19.

After two successful seasons at left-back for the reserve side and scoring seven goals, the Frenchman was promoted to the first team.

He impressed straight away and was a regular in the side that reached the 99/00 UEFA Cup semi-finals before being knocked out by Arsenal.

The left-back continued to play regularly for Lens before joining Middlesbrough on loan in 2001 where he became a Teeside side hero during his five years at the Riverside.

In only his second game for the club, Queudrue scored in a north-east derby against Sunderland and impressed enough to earn a permanent move to the club. 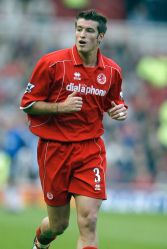 While at Boro, the Frenchman was involved in the most successful time in the club’s history after defeating Bolton Wanderers in the League Cup Final in 2004 and reaching the UEFA Cup Final in Eindhoven two years later.

Before signing for Blues in 2007, Queudrue spent a season at Fulham after looking for a new challenge following his successful time at the Riverside.

Despite signing a four-year contract at Fulham, the Frenchman moved to Blues after one season as he was reportedly unhappy with the tactics used by new manager Lawrie Sanchez, although he did make 29 appearances for the London club.

After gaining promotion that season, Blues signed Queudrue just before the campaign started in 2007 for just over £2 million.

It was a poor season all round for the club, with the left-back picking up plenty of criticism from co-owner David Sullivan, as mentioned above.

But it the following year where Queudrue made a name for himself, in a good way this time around!

Blues’ boss, Alex McLeish, decided to shift the Frenchman into central defence from his familiar left-back role, which seemed to pay off instantly.

The side conceded just 37 goals in 46 league games, keeping 17 clean sheets in the process, with Queudrue and Radhi Jaidi forming a solid partnership throughout the majority of the season.

With the swagger only a Frenchman could pull off, the former Middlesbrough man was a calm head at the heart of the defence to add to his great ability on the ball and when making tackles.

His heading wasn’t bad either, especially at attacking set-pieces.

Seasons can often be defined by certain moments and decided by the slimmest of margins.

All three of Queudrue’s goals that season were the last of the match and earned the side seven points in total. Blues finished in the automatic promotion places three points ahead of Sheffield United.

The Frenchman’s first came against Charlton Athletic in a 3-2 win at St. Andrews with Blues 2-1 down at the interval, a victory that started off a six match unbeaten run for McLeish’s men.

It took almost four months for him to score again in a win over Bristol City. With three minutes left on the clock and the match goalless, Queudrue lost his marker and fired home a bullet header from Lee Bowyer’s corner to guide Blues to another vital three points.

A month later and five days after beating Wolves in a crucial Midlands Derby, Queudrue rescued a point against relegation-threatened Plymouth Argyle.

The game was made difficult when Maik Taylor fouled Jamie Mackie inside the area and was sent off for his actions, although some would argue it was outside the box. Paul Gallagher scored the resulting penalty and Birmingham needed a response. 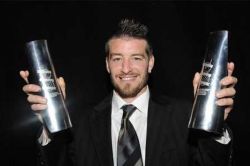 Franck Queudrue did just that as his header from David Murphy’s free kick found the Frenchman on the penalty spot, but the home side couldn’t find the winner they were looking for.

After promotion, McLeish signed defenders Roger Johnson and Scott Dann from Cardiff City and Coventry City, respectively. This meant despite winning Birmingham’s Player of the Year award the season before, Queudrue’s playing time would be limited in the 2009/10 campaign, his final game being in a 2-1 defeat at Burnley.

The defender joined Colchester United in March 2010 where he remained on loan until the end of the season before his contract expired the following month.

Queudrue returned to France and re-joined Racing Club de Lens for two seasons where they were relegated from Ligue 1 in his first year.

His final move was to Paris FC in 2012 where the man playing in his home city made 19 appearances to help the side finish 14th in the division.

Nowadays, the Frenchman works as a Football Agent at Pro Concept International, helping advise young players in their careers and scouting for new recruits to join the agency.

If they can match half of what Queudrue has done in his playing career, the youngsters will be pleased with what they have achieved.

More articles in our “The Ex-Files” series can be found here: https://madeinbrumfanzine.com/category/the-ex-files/