A Fors to be reckoned with: An interview with Mikael Forssell

Between 2003 and 2008 Mikael Forssell played five seasons (in two spells) for Birmingham City, four of them in the Premier League. The Finnish striker scored 30 league goals in 101 games for the Blues.

Since summer 2014 Mikael has been playing for VfL Bochum in the German “Zweite Bundesliga” (Second Division). A few years ago, he played “Bundesliga” with Borussia Mönchengladbach and Hannover 96. So this as well as his birthplace Steinfurt qualify him for this “BiG Talk”!

In the Interview with Tom Kleine from BiG Mikael looks back on his time in Birmingham. On missed derby wins, long injury times and Crispy Cream Donuts with Sebastian Larsson.

Mikael Forssell, you are Finnish, but you were born in Germany?
MF: That’s true. My father had a job in Germany, so that’s why I was born in Steinfurt (near Münster) in 1981. When I was one and a half years old, we moved back to Finland via Sweden.

Actually your transfer to HJK Helsinki in October 2012 looked a little bit like the way to your “football retirement”. What was the reason for the decision to play for VfL Bochum in Germany last summer?

MF: After my rather unlucky time at Leeds United I was thinking about my future. I wanted to enjoy playing football for some more years. HJK Helsinki is a top club in Finland. The level in the Finnish League is okay. I was happy scoring goals there. I enjoyed that time in Helsinki. From my time at Borussia Mönchengladbach and Hannover 96 I still kept good contacts with Christian Hochstätter, who is now in the management of VfL Bochum. He convinced me to play for Bochum.

Since a couple of days, Gertjan Verbeek from the Netherlands is the new manager at VfL Bochum. Your first impression?

MF: My first impression is very good. Manager Verbeek is well-known as a big expert in football tactics. He expects fast football and aggressive pressing. The first practice lessons were very good. 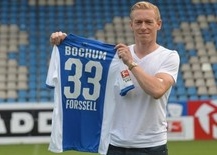 What are your targets with VfL Bochum for the remaining season?

MF: The Zweite Bundesliga (Second Division) in Germany is very balanced. If we don’t get any injury problems and if we have a good start in the second part of the season, we are optimistic to reach the promotion places for the Bundesliga.

In Germany, I support Fortuna Düsseldorf, your rival in the League. My son, however, supports VfL Bochum. What do you think: Who will have the last laugh at the end of the season?

MF: I’m sorry to disappoint you, but of course I hope it will be your son (laughs). But I also like Fortuna, as my fellow countryman Joel Pohjanpalo is playing there. And I know the Portuguese Sergio Pinto from my time at Hannover 96. Two guys with whom I get along very well.

Let’s talk about your time at Birmingham City. Wearing the Blues’ jersey during five seasons you scored 37 goals in 119 matches. Not too bad.

MF: That’s right. I really enjoyed the four years in the Premier League and the one year in the Championship with Birmingham. If I hadn’t been injured for such a long time, I surely would have reached more with the Blues. Especially my first season 2003/04 was outstanding. My debut was a 2:2 draw against Fulham at home in September 2003, when I scored both goals. A week later I scored again at our 2:0 away win at Leeds. At the end of the season I came out topscorer of the Blues with 17 goals. We had a great team including Dugarry, Savage, Lazaridis, Kenna and many other good lads. Only in the last games we collapsed and missed the chance to book a spot in Europe. That was a real pity. However, it was still an amazing first season in the Blues’ shirt.

Who were your best team mates and with you did you spend the most time outside of football?

MF: That’s not easy to say. There were so many good players during my time in Birmingham. Christophe Dugarry, Robbie Savage, Emile Heskey, David Dunn. I can’t mention them all. Outside of football I was always out with Sebastian Larsson. We’re still very good friends.

What was your most successful moment at Birmingham City?

MF: Apart from my first season it was also my last spell at St. Andrew’s in 2007/08. That might sound strange because we had gone down to the Championship. But after my long injury period I was happy to be finally fit again and in the Starting XI. I scored nine goals in 30 games. Unfortunately it wasn’t enough to avoid relegation.

And your worst moments?

MF: Both relegations in 2006 and 2008 were really bitter. 2005/05 was a disaster. We lost many games already at the beginning of the season, so the atmosphere among the squad wasn’t good. Birmingham City 2005/06 didn’t work, although we had some really good players in the team. And also manager Steve Bruce was always p****d off in the last few weeks of that season.

During your time you played six derbies against Villa. Four defeats and two draws. No derby win. At least you scored three goals in those six games.

MF: Yes, that’s right. I really would have liked to win the derby for our fans. The games against Villa were always the highlight of the season, no doubt. Thinking about my second derby send shivers down my spine. After a goalless draw at St. Andrew’s in 2003/04 we went to Villa Park for the away match. We were 0:2 down. Then I scored our first goal and Stern John scored the equalizer in injury time. What happened then on the away stand was incredible.

How did you perceive the atmosphere at St. Andrew’s? Do you players hear the fans chanting during a game?

MF: The atmosphere at St. Andrew’s was just amazing. A traditional and just fantastic typical English ground. The fans of Birmingham City are incredible. It doesn’t matter if it’s freezing cold outside, the fans are standing at the terraces wearing the Blues shirts and supporting their team all the time. They cheer on every tackling and every corner. And the chants? Of course we players hear it when thousands of people star chanting “Keep Right On”!

Do you still have a view on St. Andrew’s?

MF: Of course I have! Mostly via Internet, sometimes via international TV. Even if there’s only Colin Doyle in the current squad at Birmingham with who I played together. And recently there were quite a few changes at the club board. But of course I still care about the fate of Birmingham City Football Club because it was a great time at this fantastic club.

Next round in the FA Cup shows the derby against West Bromwich Albion.

MF: A fantastic draw for both clubs. That will be an amazing derby. I have a high opinion about WBA. They have made a fantastic job during the last years. Other clubs really envy them.

In an earlier issue of BiG Talk Ex-Blues Tony Hey said that Birmingham City is a sleeping giant.

MF: Tony’s absolutely right. Birmingham is a big football town. The Bluenoses live for their club.

What are the major differences between the English and the German football for you?

MF: Everyone knows that the tempo in England is a bit higher while the Germans focus rather on the quality of playing skills. You often see this difference on the practice field. I used to have one manager in England who only made me run up and down the pitch. Otherwise I would have been suspended from the team. That was of course a bit too boring. But the main difference are the referees. In Germany the referees blow the whistle nearly every time you touch the opponent player, while in England they admit a “fair toughness”.

You suffered some long injuries. How do you deal with that? Do you also think about your career end at a young age?

MF: Of course! Especially after a severe knee injury you never know if and how you come back. Thank God I’ve always come back. After every injury I always worked hard for my comeback. However, such a long injury also has its positive sides: you question yourself and your way of life. And after a long injury time you are mentally strong, that’s a fact.

Where did you live in Birmingham?

MF: I lived in Solihull during my first spell, and during my second spell near King Edward Wharf.

MF: You can live very well in Birmingham. It used to be an industrial city, but today you see the positive effects of the structural change. They’ve been building a lot in the city. My agent still lives in Birmingham and I visit him from time to time. I really like this city. 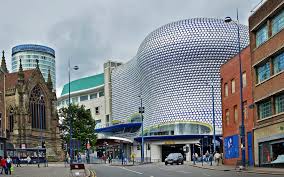 Your hot spot in Birmingham?

MF: During my time there I always spent my time with Sebastian Larsson. Mostly in the area around the Bullring. Sushi here, ice cream there. And finally a Crispy Cream Donut on top.

However, the English food doesn’t have the best reputation in Germany.

MF: Unfortunately it doesn’t. That was quite difficult. (laughs) But there are also really good restaurants in Birmingham.

What are the major “mental differences” between the Finnish, the Germans and the English?

MF: We Finnish are easy to handle (laughs) and are able to integrate everywhere rather quickly, as almost all Finnish speak English. No wonder, you don’t get very far with Finnish. (laughs). I like the German clarity. You always know what they want. And they are world champions in organizing. I especially like the English humour. My teammate Felix Bastians here in Bochum used to play for Nottingham Forest for a couple of years. He speaks English perfectly. And we both laugh and make jokes “the English way” all day long.

One day before the interview I asked the BiG followers on Twitter to send me questions for you. Here we go:

MF: Never say never. There is always a chance for a return. You’ll never know about the future. But at the moment I’m very happy in Bochum.

MF (laughs): I used to sing that to Sebastian Larsson while I eat a donut in the Bullring.

Mikael, thanks a lot for the “BiG Talk” and all the best for your future!

And KEEP RIGHT ON!

Very BiG thanks to VfL Bochum for making the interview possible!