After a week absence from Championship football due to the international break, the Blues are back and are hosting bottom side Bolton Wanderers at St.Andrews on Saturday.

Lee Clark’s men went into the international break on the back of a well deserved 1-1 draw at Charlton Athletic.

Blues will be hoping to get all three points against an out of form Bolton team who have won just one game this season. However, with the new appointment of former Celtic manager Neil Lennon, Wanderers will come to St.Andrews in high spirit and belief with a new start on offer. 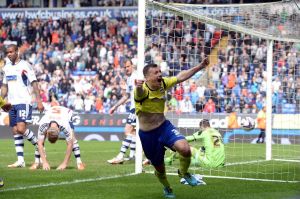 All Blues fans will recall the last time these two teams met back in May. Blues travelled to the Reebok in need of a draw to stay in the Championship and Paul Caddis popped up in the 93rd minute to salvage a 2-2 draw after being 2-0 down.

However, the last time Bolton came to St.Andrews, they were victorious in a 2-1 away win last October with former Blue, Neil Danns scoring the winner.

Lee Clark has confirmed in his pre-match conference that Lee Novak, Neal Eardley and Demarai Gray will be back in contention for Saturday’s clash with Neil Lennon’s men.

Clark has also said that winger Mark Duffy will be sidelined for up to 8 weeks with a calf injury.

Welshman David Cotterill and Canadian David Edgar both have returned from international duty this week.

Winger, Cotterill came on as a first half sub and scored in Wales’ 2-1 win over Cyprus.

However, centre back Edgar was unable to prevent a 1-0 loss to Colombia courtesy of a James Rodriguez strike.

Bolton have no injury concerns and will be going for the three points after only winning once this season in a 3-2 home win over Rotherham. 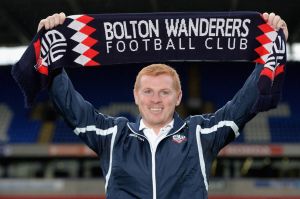 The Trotters have lost all five of their league games on the road this season, scoring just the one goal in the process.

Only Blackpool have scored fewer goals overall this season, while things aren’t much better at the other end of the pitch either having conceded 21 times in 11 games.

Lennon is considered by most to be a shrewd appointment, however, and he could make a number of changes to the side that were beaten by 10-man Bournemouth last time out.

Blues never seem able to pick up a good result against teams who have just
appointed a new manager.

This season, Fulham and Leeds have appointed interim managers in the week before the Blues game. Both matches ended in results against them adn Blues would’ve hoped to pick up all three points.

We lost 2-1 to Fulham who hadn’t won all season before that match, and a 1-1 draw against Leeds who were outplayed by Blues.

Keep Right On and COME ON YOU BLUES!

Dire atmosphere at St. Andrew’s is contributing to our dire home form »
« Making a Silk Purse out of a Sow’s Ear