Saturday’s game against Fulham is a first of a trio against clubs from the Capital. Blues are in a bit of a difficult situation going into this one – Fulham’s dreadful start to the season means that people will be expecting us to win, and the players and manager will be given a barracking if we fail to do so, and will see people already agitated by our rather slow start to the season (in terms of points) agitated further still. 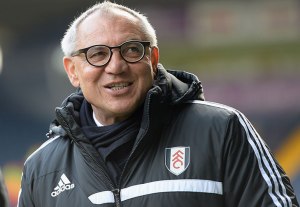 But should we expect to roll Fulham over on Saturday? They’ve got rid of Felix Magath as manager, who by all accounts was a total loon, and that has seen the likes of Fernando Amorebieta, Dan Burn, Hugo Rodallega and Bryan Ruiz properly return to the first-team fold who when added to those who have been playing for the Whites all season such as Scott Parker and Ross McCormack create the structure of what on paper would be a pretty good looking Championship line-up, and certainly not one that should be adrift at the bottom like they are at present. By the sounds of things Magath had sucked all the life out of the side, but there are signs that that life may have been restored with a win in the cup this week and if that’s the case then to be honest they strike me as being very tricky opponents on Saturday.

There are people who have said that if we lose Saturday then Clark should go, whether he chooses to walk or whether he’s pushed. There are people who think he should go now (some of whom are undoubtedly people who have been pig-headedly stubborn for some time about their desire to see him go, and some who are more fickle). To me it’s all rather pie in the sky. If you are to sack a manager, you need a proper plan in place and a successor identified who will come into the club and do a better job; is there such a candidate around, who we can afford and who would come? I don’t mean the Walt Disney names some people put forward such as Chris Hughton or Roberto Di Matteo, but someone who would come in, who we could afford and who would definitely do better than the current manager.

As I’ve hinted at, if there is a manager who is infinitely better than Lee Clark who is gonna come into the job right now, then by all means get him, because I accept that Clark has his limitations. But I am yet to be convinced that such a candidate exists. I read all the message boards; SHA, J&S, Blues Forum etc as well as the Facebook and Twitter pages dedicated to our beloved club, but regarding Blues right now I have taken particular heed of a guy who posts under the name of ‘Old Fella’ on SHA. He states that there is no real point in getting rid of Clark whilst the current hierarchy are in power, and I agree; there is no point in bringing in someone who has to work whilst being held back by Clark’s shackles and cannot wriggle free of them to do any better. I have yet to be convinced that there is the stand out candidate who will definitely do better than LC is doing right now. 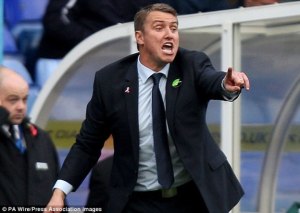 My gut feeling is that whilst we are outside of the relegation zone (and we are outside of the relegation zone right now) then we are seeing all that can be asked of this team and its manager. I expected no more of this season. The supposed visionaries are pointing out that we actually had a good blip in the middle of the season last campaign before getting our arse well and truly stung, but I would also point out that come New Year we had the heart of our team ripped out by other clubs recalling their players and that sent us on a downward spiral; Lee Clark has learnt from that, which is why we only have one player in the squad on a long-term loan right now rather than the litany of loanees we had last season who were recalled by their parent clubs. In my opinion this squad will be together from now until May, and my hope is that they have enough quality which will be combined with a level of understanding generated between the players which means will be good enough to stay out of League One.

Win lose or draw against Fulham mind, and there are two away games at Millwall and Charlton to contend with. Both are in good form, but both aren’t insurmountable obstacles; we generally have done better away from home than we have at home under Mr Clark, and we always (and I mean ALWAYS)) seem to win at Millwall; we seem to be their bogey team. In general, we have shown enough that we can kick, bollock and bite against any other team in the division. We will need that resilience, and more, if we are to get points in the next week. I have set the target of five points to be won between now and the Charlton game, and I just hope I am proven right.

You can read more of Nat’s thoughts on his blog: http://nattubes.wordpress.com/