Pre-season training has started at Wast Hills this week just gone with, yet again, a squad of players which will seem completely different to the squad of players that finished the previous season. I don’t think Blues have ever been more of an unknown quantity; it seems like we’ve plucked players from here, there and everywhere this summer, but none of them would exactly be considered as what you would call ‘household’ names. In fact some of the players we’ve brought in probably aren’t even that well known in their own household. 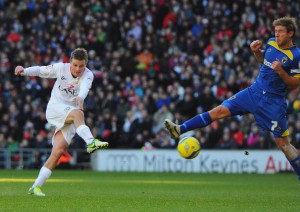 Yet some of our acquisitions do give me some optimism. Jonathon Grounds comes from Oldham Athletic with an excellent reputation as a left sided defender (an area of the pitch we desperately needed cover). Stephen Gleeson was the subject of numerous seven figure bids whilst he was at MK Dons by all accounts, so to bring him in on a free seems a bit of a coup. Clayton Donaldson fired in a load of goals as Brentford stormed to promotion from the third tier last season. They may have shone lower down the footballing scale, but at least they have shone.

What also gives me heart is that these players have signed for Birmingham City despite the fact that we can offer them relatively modest financial rewards to do so. I’m not sure what other clubs may have offered these players, but I’m guessing it could well be more than we could have in terms of improving their bank balances. The clubs that the likes of Gleeson, Grounds, Donaldson, Wes Thomas, Mark Duffy and David Cotterill have departed to come here all wanted to retain their services, so the fact that they have all decided to pitch up at Blues shows that, even in our current plight off the pitch, we are still a big name. Birmingham City was, is and always will be a big football club. I’m hoping that the opportunity to play for a big club like this, something a lot of these players wouldn’t ordinarily get, will spur them to maximum effort this season.

Reducing our use of the loan market is arguably also a cause for optimism, in that we have only brought in Grant Hall from Tottenham on loan (and the deal in place for him stipulates that he stays here for the whole season with no option of a recall). Last season Lee Clark built his a team, which included prominent loanees such as Kyle Bartley, Dan Burn and Jesse Lingard. When all three were recalled by their parent clubs in a very short space of time at the turn of the year, our season very quickly started to fall apart. New loanees were brought into replace them; the likes of Federico Macheda and Emyr Huws hit the ground running, the likes of Albert Rusnak and Tyler Blackett didn’t but when you are bringing in so many loanees all at once it will always be a case of trial and error. Some people cannot see the effect the disruption of the enforced chopping and changing of these players had on the team, but I think it is fairly evident to see; with a settled squad of players we finished 2013 by going ten games unbeaten, when the havoc of losing players and having to hastily bring new ones in meant Clark was forced to put together his second team of the season. The disastrous loss of form that followed was a shock to many, but not me – for me it was near enough inevitable that the upheaval and the lack of familiarity between players would lead to a downturn in results. 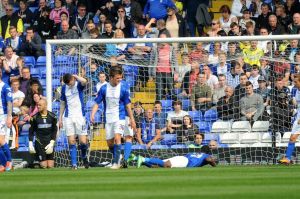 Some are pessimistic about Blues simply because we have the same man in charge we had last season. I think for some the issue isn’t the quality of Lee Clark’s signings, but the way he utilises them. I have to say some of his team selections and tactical decisions, especially towards the back end of last season, were questionable (the team he picked for the Blackburn home game and the battering that followed will be one that lives long in the memory).  The constant chopping and changing of the team was said to have contributed to our downturn by some; whilst he possibly should have been more patient at times, ultimately when he did keep the same line up from certain games we’d end up getting walloped anyway and to be honest when you are getting beat as often as we were and when your home form is as bad as ours’ was you will become inclined to make changes. For me though, the fact that we got beat a lot of the time came down to the fact that our players were often not as good or not as experienced as the individuals they were coming up against, simply because the opposition could afford better players than us; there isn’t a fat lot team selections and tactics can do to change that.

But that fact does leave me somewhat realistic about this season. On the face of it we may have made some good signings considering our limited resources and we have many players who are young enough to improve over time. But like last season I still don’t think we have a squad of players which on paper, in terms of ability and experience, would come out on top against many other squads in this league. I have hope that we can be a more cohesive unit throughout the season than we were last term, because of the aforementioned lack of loanees coming in and out of the club. One the other hand though, for that to happen Lee Clark would have to decide on a pattern of play and a shape and stick to it as much as possible, not the constant tinkering that was prevalent at times last season in his decision making.

Whatever the weather, I’m looking around other Championship sides and not seeing many who we are definitely going to be better than; Blackpool seem to be in total chaos and as things stand would struggle to put out any kind of team on the opening day of the season, but other than that which teams are in a distinctly worse position than us? Leeds seem to be making drastic financial cuts so that will probably hamper them. Of the teams in and around us in last season’s Championship (other than Blackpool) you wouldn’t expect Millwall, Huddersfield, Charlton and the like to be vastly improved from last season, but you wouldn’t expect them to be any worse than they were last term and I would group ourselves with those sorts of teams. When you look at teams who may struggle you automatically look at teams who have come up from the division below – Wolves won’t be anywhere near the bottom three in my opinion, and Brentford and Rotherham have been two very solid lower league teams who are spending a bit of money to try and cope with their elevation to the second tier. I don’t see either being the sort of fodder that Yeovil were on coming up last season. Realistically, I think our only target (the same target I set for us at the start of last season) should be to avoid the trapdoor to League One. 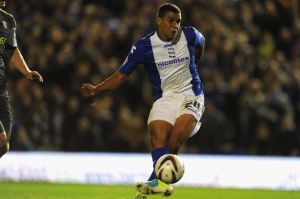 This feeling is further exacerbated by the news that apparently yet another prodigious talent is being stalked by clubs with sacks of cash to spend. Tom Adeyemi was my player of the season last season. When he was fully fit he was an absolute beast in the midfield, a driving force going forward and a pillar of strength defensively; a true box-to-box midfielder. The fact that Cardiff have come in for him isn’t surprising, and if their interest is firm enough to follow up their interest I think it will only be a matter of time before he goes. He will be a massive loss to us; for me as big a loss as Curtis Davies and Nathan Redmond were when they left last summer. But aside from the damage losing him would do to ourselves, it is another indicator as to how we really are also-rans of this division, that teams who are meant to be on the same level playing field as us can just come and pluck one of our best players.  When you compare ourselves to the likes of Norwich, Fulham and Cardiff coming down from the Premier League with huge parachute payments to splurge and even long time inhabitants of this division such as Derby and Forest, you realise that we are second amongst equals; if the Championship was a 400m metre race, we would start twenty meters behind. Hell when even minnows such as Brentford and Rotherham are spending more on players than ourselves you start to realise what an uphill battle this division is for us.

Fatalism is all around St. Andrew’s right now. Even amongst those who cannot abide Lee Clark and his management of Blues, there is a general acceptance that there is only so much he can do to alter things at Blues and that realistically there is no prospect of him leaving the club any time soon, and that if he did it is unlikely we would be able to attract anyone of obvious merit to replace him; more like we would have to go for some managerial has been or someone unproven at this level of football (i.e. someone with a very similar background to Clark himself). But there is a realisation all around that until Blues are under new ownership, until the club receives some serious investment, we as fans can hope for little more than the team to tread water in the second tier. Birmingham City as a football club should have its sights set on much loftier ambitions, given the history of the club, but for now we are we are, and our rather bleak situation is what it is. Out future is out of the hands of supporters, management, players and staff – our future is in the hands of people we never see and seldom hear from. I suppose all we can do is get behind the players and manager, and whatever happens happens.

Overall, I think we have the ingredients to be a more dynamic outfit than we were last season. I also think that the fact that we have shed the big names and big earners (Zigic, Burke, Mullins, Shabba etc) will actually turn out to be a good thing; perhaps there was too much of an onus on those with the big reputations and pay packets to deliver the goods last season. Now there is something like parity between everyone’s earnings (a wage cap of £5,000 a week has seen to that) and the fact is that there are no real stand out big names in the Blues team any more could well lead to the team taking a more collective responsibility for results, and could also alleviate pressure on the players to an extent. But still, I think our one target for the season is to stay out of the bottom three; if we can achieve that it’s a result. If we can achieve that without causing 3,800 people to have simultaneous heart failure at the Reebok Stadium come next May then that would be a bonus.

You can read more of Nat’s thoughts on his blog: http://nattubes.wordpress.com/