Player contracts: Who stays and who goes?

The dust has settled. The fact that we finished so low in the Championship last indicates that a lot of the squad just aren’t up to playing for Birmingham City. Uncertainty about budgets means that bringing anyone in from the outside seems rather unrealistic right now, but I imagine there should be scope to re-negotiate contracts of players already at the club.

To kick things off Nick Townsend, Charlee Adams, James Fry and Amari’I Bell have all been offered new deals at the club. Let us hope that they push for a first team place in the year(s) to come like many others like them have in the past couple of years. 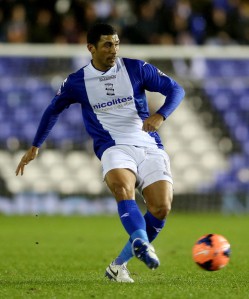 The first three major signings Lee Clark made upon his arrival at Stan’s two years ago are all out of contract this summer, and to be honest I don’t think many tears will be shed if Darren Ambrose, Shabba and Hayden Mullins all depart. Ironically I think the one who has the best case to be allowed to stay is Mullins; his performances in the last two games of 13/14 were very good after being recalled from Notts County, but before that a lot of his performances in the past two years had left a lot to be desired. Nope, all three are past it in my opinion – best to cut our losses and bid farewell.

Aaron Martin and Brian Howard were both on short-term deals until the end of the season just gone and to be honest I would be surprised if either were re-engaged. Howard, if fit, could have potentially made more of a contribution than he did – you can see there is talent there. With regards to Martin; to be honest I just think he’s pretty naff, he runs like a constipated ostrich and for someone so tall then he really doesn’t win a fat lot in the air. Again, I think it will be for the best that we bid these two farewell.

Birmingham City has many a cult hero, and Nikola Zigic is right up there. If he was willing to take a contract which was similar to nearly every other player at Blues right now then I would happily keep him, but I don’t see him doing that. A part of me also thinks that he’s done his duty for Blues in that he’s had a massive hand in our club’s best moment and had a massive hand in averting what could well have been the club’s darkest hour, let him leave on a high and as a Blues hero and move on. 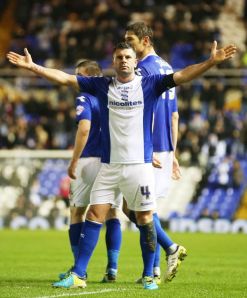 Wade Elliott, Chris Burke and Paul Robinson all need their immediate futures sorted as well. Elliott was bombed out a while ago and packed off on loan to Bristol City, and whilst I personally would have kept him and made use of him (I was/am of the opinion that on his day he’s as good a passer of the ball as anyone in the Football League) I think his permanent departure is now inevitable. For me Chris Burke has declined as a footballer in recent times – he’s lost a yard of pace, and whilst the tricky to beat his marker is still there the pace to take himself away from a defender isn’t. However, I would still say he could have a part to play at Blues, but on a vastly reduced terms from what we presumably gave him a contract three years ago. As for Robbo – our player of the season has been fantastic, and even heading towards his late thirties he is still our best defender in my opinion, give him a new contract.

So in terms of players who were here on a ‘permanent’ basis being out of contract that leaves Will Packwood and Olly Lee. Injuries have taken their toll on Packwood, but the big American defender has showed that he could be a top defender in the making when he has played – I would hope that we give him a new deal, and I would hope he repays the loyalty and faith we showed during his recovery from injuries (in particular that horrific leg break at Leeds) and signs it. Olly Lee has come in for a lot of stick, but I think it’s stick that is unjustified in many respects; for a guy who is in his first season playing week in, week out at this level and for a guy who was derided as having only been signed because his Dad happened to be mates with Lee Clark I think he has played pretty well at times. Around Christmas time in particular he was playing some very good stuff, and his passing generally can be exquisite – whether he is of Championship standard in the long term I’m not sure, but I think another one year deal for him would be ample reward. 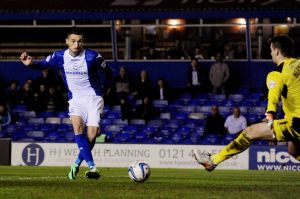 If at all possible we should definitely look to try and get Emyr Huws back on loan from Manchester City, and possibly Jordon Ibe from Liverpool. Kiko Macheda is out of contract at Manchester United this summer; if he fancies making a career then in my opinion he should look to stay here on a permanent basis because during his loan spell he seemed to thrive at being one of the main men of our front line and he seemed to form a bit of a bond with the fans, and his goals have proven absolutely invaluable for us in our survival. As for the rest; Scot Allan, Albert Rusnak, Shane Ferguson, Tom Thorpe and Tyler Blackett then I don’t think they will be coming back. 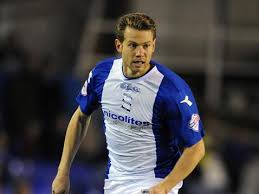 So those are the ones out of contract at Blues, but what about those who are still under contract – should we look to move any of them on? I personally don’t think Andrew Shinnie has the mentality or the physique to cope with this division; to be quite frank, the bloke is a bit of a fairy. And then there’s Johnathan Spector – to be honest I was staggered when I realised we offered him a two year deal last summer, I don’t think he’s that good a player and he’s had so many injuries that if he was a racehorse he would’ve been shot a long time ago. Personally, if possible, I think we should look to move both on this summer.

That’s just my opinion though. Letting go of the players I’ve suggested would create space in the squad and on the wage bill for reinforcements to come in. It could be that if we are taken over soon that we can afford to let a few more of this lot go and bring in better quality players because we would have the money to do so. The worst case scenario is that we don’t have anything sorted with regards to new ownership any time soon and we weren’t even able to keep hold of some of the players here already who Lee Clark/whoever ends up in charge would like to keep hold of. And that would be scary; the squad has barely stopped up as it is, if it was to get weaker then there’s only one place we would be heading next season.

You can read more of Nat’s work on his blog: http://nattubes.wordpress.com/

5 thoughts on “Player contracts: Who stays and who goes?”