Gold and Sullivan aren’t to blame for Blues’ current plight

David Gold has this week come out and defended the decision of he and his business partner David Sullivan to sell the Birmingham City to Carson Yeung. Obviously, with the exception of a League Cup win and a spell playing in European competition, the Yeung regime has pretty much presided over one long and particularly gory car crash. No matter what Blues fans think of players and managers that have come and gone (and remain), the buck ultimately stops with those in control of the club. They have totally ruined it.

This week we are facing the very real prospect of relegation to the third tier of English football for the first time in a long time. Defeat at Bolton on Saturday and we will be a League One team next season. And it will be a League One team with a very uncertain future ahead of it; you only have to look at the likes of Coventry and Portsmouth to see where this could eventually end up. It’s worth remembering that we were actually relegated to the Third Division in Gold and Sullivan’s first full season in charge in 1994, but that was met by an immediate return to the second tier with a league trophy and an Auto Windscreens shield to boot. I personally can’t see such a rapid rise happening this time around if the worst came to the worst. 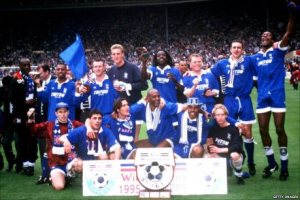 But where we are isn’t down to David Gold and Sullivan. They, with the help of the excellent Karren Brady (well excellent in the business sense, no matter what you think of her as a person), left the club in the Premier League, in a great financial position with a great stadium (well on three sides of it anyway). They also sold up at a time when people wanted them gone, and sold up to a person/consortium who Blues fans’ heralded at the time.

And that is the crux of all this. Ultimately if they had delayed the takeover in 2009, or caused its collapse, they would’ve been lynched by Blues fans. The vast majority (including myself) were wetting ourselves with excitement when we heard the way they were talking about Blues, the plans they had, the money they said they were going to spend. If they hadn’t been allowed to take over the club there would have been a riot.

People say that Gold and Sullivan should/would have realised just how dodgy Yeung was and should have kept their promise to only let the club go to someone who would have run it properly. They may well have realised that Yeung may not have been all what he seemed, but ultimately they made most of their money in the adult entertainment industry; they must be used to dealing with unscrupulous people, yet they can still do business with them. And I go back to my original point; what if they had come out and said “nah we won’t sell up to Yeung because he seems dodgy” – the fans would’ve been very frustrated to say the least.

People also say that “well it was obvious from the first failed takeover attempt (in 2007) that Yeung didn’t have the money”. Between the failed takeover attempt and the eventual takeover two years elapsed; what if Yeung had come into more money? What if he had found backers with significant funds? Hell what if Yeung himself believed he had the backers? How were they to know either way? All I know is that Blues fans definitely did believe that Yeung had funds, and it took nearly two years for it to become fully clear just how duff this regime was. Without the use of a crystal ball, I’m not sure how Gold and Sullivan could have realised either.

£80million. A helluva lot of money. People have slated the previous regime for taking so much. Why? Ultimately, if you had a house worth £100k and someone offered you £300k for it, would you turn it down? Of course you wouldn’t. It is hardly the fault of the seller that the buyer was willing to spend such a large sum on acquiring the club.

The disparaging comments that were made by Gold and Sullivan about Yeung have been pointed at as proof that they knew he was a cowboy. Those comments were made around the time of the failed takeover attempt in 2007, of course the two Davids were going to be peeved that something they assumed was a done deal had fallen apart. It doesn’t mean that they have to automatically stop trading with that same person/party for life; people who think that are naïve to say the least.

There are a very small, narrow minded bunch of people who castigate the two Davids for selling out to people who didn’t take the club forward. Ultimately, I will always point out to these people that we were absolutely delighted when Gold and Sullivan sold up, I think a lot of us had seen a takeover like the one at Man City and thought “I’ll have summa’ that, giss’ it!”. We asked for the cake, we ate the cake; now we are suffering the diabetes. 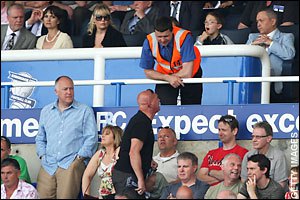 You could also argue that we absconded any right to be passed on to some Jack Walker type Blues fan when Sullivan and Gold left when we started giving them so much abuse. OK, we were relegated in 2008. OK, they probably made mistakes which contributed to that relegation, the previous relegation and our general stagnation as a football club. But, after all the work they had done at Blues did they deserve the abuse they received after we were relegated in 2008. Definitely not in my opinion.

I think this will always come down to the crux though. Those fans slating David Gold and David Sullivan now were the same people wetting themselves when Yeung took over and made his promises. Those promises never came true, and right now we are one game away from oblivion, but don’t start slating people like David Gold and Sullivan; ultimately these people did a very good job at Stan’s, and to be honest we should be grateful not galled at the contribution they made.

They dragged this club from the dark ages, and their investment gave to me as a relatively young Bluenose many a happy memory. They should have gratitude, not abuse thrown upon them.

You can read more of Nat’s work on his blog here: http://nattubes.wordpress.com/