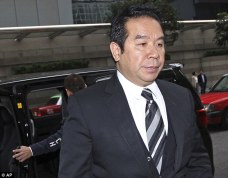 The 54 year old was charged in June 2011, two years after buying the club from David Gold and Sullivan, and it has taken almost two years for a verdict to be reached today in Hong Kong.

Yeung had denied the charges of laundering over £55 million, but Judge Douglas Yau found him guilty, labeling the defence “self- contradictory” and claimed Yeung was “making it up as he went along”.

The sentence which will be announced on Friday could see the Blues majority shareholder sent to prison for up to 14 years.

Acting chairman Peter Pannu made a statement on the club’s website; “I’d like to reassure all supporters and staff that today’s verdict will have no impact on the day-to-day operations at the football club.

“Birmingham International Holdings Limited, the holding company, shall continue to support the football club under the leadership of the group’s new chairman, Mr Cheung Shing, and will work to raise further investment to support Birmingham City FC. going forward.”

Yeung has 28 days to appeal his verdict and the Football League have made the following statement; “The League’s Owners’ and Directors’ test prohibits anyone that is convicted of offences involving dishonesty from owning more than 30 per cent of a member club or exercising control over a club.

“Since the commencement of these criminal proceedings, the Club’s holding company has introduced revised arrangements to ensure that it could relist on the Hong Kong Stock Exchange and comply with Football League regulations. They include the resignation of Mr Yeung from all directorships, and the introduction of new working capital to ensure the ongoing financial viability of the group.

“The League has been working with the Club during this period and, based on the information provided, is satisfied that Birmingham City complies with its requirements regarding ownership, as well as having funding arrangements in place until at least the end of the 2013/14 season. At this stage, The League does not require any financial assurances beyond this point.”

What do you make of the situation at the club?