Although he has stepped down from the these positions, Yeung remains the majority shareholder at St.Andrews. 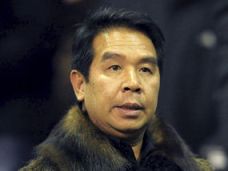 The news comes a day after Shui Cheong Ma and Panos Pavlakis join the board of the football club.

It also comes after protests aimed towards Yeung and Peter Pannu by a collaboration of supporter’s groups at the weekend in the Blues’ draw with Derby County.

The group of protesters made two banners with one saying “Made in Birmingham, Destroyed in Hong Kong” and have been promoting themselves on BBC WM and talkSPORT recently to increase their numbers.

“Carson Yeung has stepped down from his position as chairman of the BIHL board and resigned as executive director of the company #bcfc.

“As i understand it CY had to stand down so BIHL shares can be relisted. But is still chairman of BCFC.

“If CY is found guilty in HK on 28th the Football League are certain to insist he stands down from BCFC board. 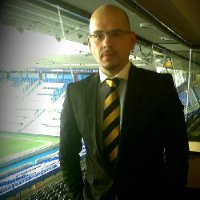 Meanwhile, a new director at St. Andrews has spoken for the first time about his intentions while at the club.

Panos Pavlakis is a finance specialist who has worked in the financial sectors of London and Hong Kong.

The Greek said, “please be patient as February should be a very important month that could bring significant changes…”

“…communicating with the fans is one of the fundamental things in Football industry and I know we (Birmingham City) have been very slow the past years.”

For more information on the protest “Delay No More” campaign go to http://www.delaynomore.co.uk/ for details of how to get involved.