The BIG Championship Preview- Part One

It is an exciting time in the Championship as there are so many teams that could get promoted in May. Seeing Yeovil Town secure their Championship place via the play- offs proves that reputation and wage budget do not matter if you pick up a winning mentality over the ten exciting months in the Football league. There are even more “big teams” than ever in the Championship with plenty of Premiership experience who’ll be looking to get back in “the big time” and receive the financial rewards that come with it. But there aren’t enough places to please them all.  On the other hand, you have three newly promoted clubs in Doncaster Rovers, Bournemouth and already mentioned Yeovil Town who will be desperate to stamp their name on the second tier this season and ensure another season can be secured at this level. It is extremely difficult to predict anything about the Championship except this; there will be goals, drama and plenty of entertainment for the fans to enjoy over the coming months!

Here is an insight into the teams competing for the Championship title this season:

On the final day of last season it took a goal from a very soft free kick against Peterborough to save Barnsley from relegation. Manager David Flitcroft will be looking to improve this time around in his first full season in charge. With a limited budget at the Tykes, Flitcroft has had to search for players from the lower leagues and spend money wisely by signing highly rated winger Dale Jennings from Bayern Munich. It doesn’t look like it will be a good season for Barnsley and with two of the promoted sides well backed financially, there may be less teams down at the bottom for them to compete with. They’ll hope their ability to pick up unlikely points wherever they go could save them, but it could be doom and gloom at Oakwell this season.

It was a season of two halves last term for the Birmingham City, but manager Lee Clark will be hoping to bring the second half form into this campaign. Problems off the field and the ownership issue have meant Blues had to sell and release some important players including player of the year Curtis Davies and Ireland international Keith Fahey. Despite these issues the club have used the free and loan markets wisely signing Neal Eardley, Shane Ferguson and Andrew Shinnie who are very good players at Championship level. If Birmingham can improve on their home form this season they might still be in with a chance of pushing for the play offs, but I expect mid table obscurity for another year. 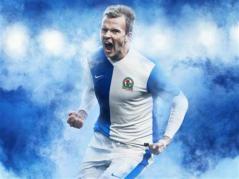 Another club with off the field and ownership issues is Blackburn Rovers. The owners sacked three managers during the last campaign and there aren’t many successful clubs that constantly change their manager, especially in the football league. The only bright spark was Jordan Rhodes’ incredible goal scoring record, where he just about kept Rovers up on his own with 27 goals in just 43 games. If they want to succeed this year they can’t just rely on Rhodes to win them every game so everyone will have to contribute and improve on their away form after only winning four away matches last term. Unfortunately, with their demanding owners I can’t see Blackburn getting into a position to go up this year. There will be too much pressure on players and staff, meaning it would mean Rovers would have to make a great start to the season.

Blackpool are in a difficult situation at the moment as they are trying to keep hold of their star man Tom Ince. The winger performed unbelievably well last year and has had offers from Premiership clubs because of this. If he stays, Ince will be the player to keep them up this year with his goals and creative play, but it is defensively where they need to worry. In the window they’ve lost three of their four main defenders on free contracts and haven’t done enough to replace them. With Ince in their side, Blackpool will be able to score enough goals to save themselves from relegation, but if he goes, manager Paul Ince could see his side drop into League One.

Dougie Freedman’s side will be looking to bring their end of season form into the new campaign, which almost saw the Trotters snatch a play- off place from a very unlikely position. Bolton have used the transfer market to strengthen in all departments including bringing in former Blues’ loanee Robert Hall on a free from West Ham United. They’ve also seen a few big names leave as former captain Kevin Davies and full back Marcos Alonso have headed for the exit at the Reebok Stadium. I can see a more consistent season for Bolton this year with slightly lower expectations at the club, but they should be close to the same final position as last season.

The Cherries are flying after promotion and there’s a real feel-good factor at Dean Court for their first year back in the second tier since 1990. Boss Eddie Howe has brought in some experienced Championship heads into his side with Ian Harte and Elliott Ward joining to help give the side more stability at the back. A player to watch at Bournemouth this season is Matt Richie as the goal scoring right winger has been giving full backs nightmares since his move from Swindon Town. With financial backing behind them, I don’t expect Bournemouth to be looking over their shoulders at the relegation zone too much during the season.

It has been a very interesting summer for Brighton and Hove Albion. Gus Poyet was suspended and then sacked following a play- off semi final defeat to arch rivals Crystal Palace so new manager Oscar Garcia has taken over, despite being unproven in English football. Due to the duration of the club’s enquiry over Poyet, Garcia hasn’t had much time to put his stamp on the squad with very few new signings. A big blow for the Seagulls is their failure to bring in Wayne Bridge permanently after two season long loans because of the uncertainty at the club when he signed for Reading. These issues could have a lasting effect on Brighton throughout the season, hence why I haven’t predicted them to finish anywhere near where they have in the last two seasons. 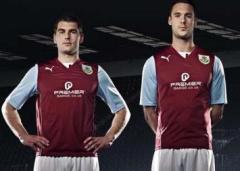 Burnley haven’t looked like being promoted or getting relegated since joining the Championship from the Premiership in 2010. The Clarets have also seen key players go during this time, including striker Charlie Austin who has just signed for QPR and it could have the biggest effect out of them all. Austin has become the fourth important player to leave Turf Moor this summer, but the replacements so far don’t look as though they’re good enough for a top half Championship side. With this in mind I can only see Sean Dyche’s side finishing in the bottom half of the table. 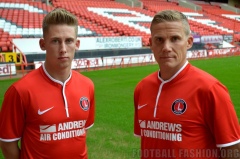 In last season’s Championship, Charlton were one of the surprise packages with their ninth place finish having just won promotion as Champions of League One. Manager Chris Powell will be looking to continue working his magic at the Addicks by bringing in defender Richard Wood and midfielder Mark Gower from Coventry City and Swansea City respectively. The only negative from last season was their poor home form that saw the London based side only picking up three points in 8 of the 23 matches, only above two of the non- relegated sides. With three strikers exiting The Valley during the summer Powell has brought in Simon Church and Marvin Sordell to join Yann Kermorgant in their striking options. I expect Charlton Athletic to finish in the top half this year. 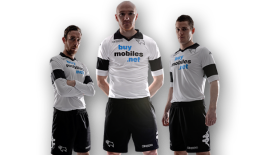 The future at Derby County is very bright with the likes of Will Hughes and Jeff Hendrick coming through their academy and becoming important first team players. They’ve added some extra experience to these promising young players in goalkeeper Lee Grant and holding midfielder John Eustace and will be looking to push towards the play- offs this season. The Rams’ home form was one of the reasons behind their high finish and if they can pick up more points away from Pride Park this season, there is no reason why they cannot push for the play- offs or even automatic promotion with how tight this league is.

Doncaster Rovers have been promoted at the first time of asking since relegation in 2012, but manager Brian Flynn has become director of football so Paul Dickov is now the new man in charge. With rumours of new investors coming in, don’t be surprised to see some big named players joining Rovers over the next few months. The League One Champions will be looking to improve their scoring record this year and have brought in highly rated youngster Harry Forrester from Brentford to create more chances for top scorer Billy Paynter. If they can bring in a few more players with Championship experience don’t be surprised to see Doncaster in at least a mid table position. 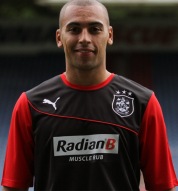 Huddersfield survived on the final day of the season and by the amount of signings manager Mark Robins has made, it looks like he doesn’t want that to happen again.  James Vaughan has made a permanent move to the Terries after a successful loan spell including 14 goals. However, Robins will need to look at adding some more defensive minded players to his side after the Terriers conceded 73 goals last season, only less than Peterborough United and Bristol City. With money available to spend if required, Robins should be able to build a team good enough to at least stay up again this time around.

By The Bluenose Bible