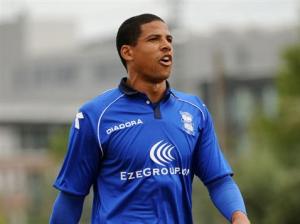 Can you remember the last time Blues were live on TV? I can. And I don’t want to talk about it. Lee Clark said yesterday, that Blues can’t be ‘camera shy’. Let’s hope the players don’t embarrass us again and show some pride at Pride Park.Our recent record at Derby isn’t great. We lost 2-1 on the opening day of the season last term, under Chris Hughton. Yes, he lost games too! That day, the performance wasn’t bad. Burkey’s equaliser wasn’t enough for a point in the end. In total, Blues have played Derby on 107 occasions, winning 38 and losing 39. But Blues have only been successful away at Derby 11 times out of 54 meetings.

Neither club has been firing on all cylinders this season, but both still have a chance to do well with a few positive results. Derby currently sit in 13th, six places above Clark’s men.

Blues hope to welcome back Curtis Davies after an injury lay-off, and new boy Robert Hall, signed yesterday on loan from West Ham, will travel with the squad. The 19-year-old is highly rated by the Hammers and made his Premier League debut in September. Signed predominantly as a left sided midfielder, Hall can also operate as a striker if need be.

David Murphy will be out after he had surgery on a cartilage injury yesterday, his time frame is thought to be between three and five months. Paul Caddis will return to training today, but won’t be available for selection at Derby.

The hosts will be without Jamie Ward.

With Blackpool away on Tuesday followed by a home game against high-flying Middlesboro’ next Friday, it’s a big week for Blues to show us this corner we’re supposed to be turning. Six points from the nine available? Minimum!

Interview with Dave Langan »
« Justice for the 21