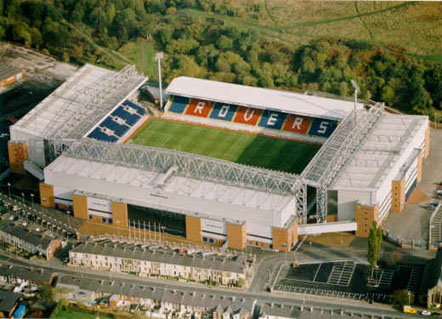 Some people suggest that Blues are in a crisis, but if one defeat in five is classed as a crisis, then every club must be in one. Blues have showed more consistency recently with draws against Leicester and Millwall and wins against Leeds and Bristol City, so take the Ipswich defeat out of the equation and the form hasn’t been that bad.

Curtis Davies is doubtful after picking up an ankle injury against the Robins, Leroy Lita and Nathan Redmond are also doubts, Lee Clark has rated the trio as ’50/50′. Pablo Ibanez is fit and ready to deputise for Davies, should the needs arise.

New Rovers boss Henning Berg makes his Ewood Park bow tomorrow, so far in two away games, he’s managed them to a solitary draw. The former Premier League winner, who tried but failed to sign ex-Blues striker Cameron Jerome recently, will be desperate for three points in his first home game at the helm. But Clark will want to see his troops pick up back-to-back wins for the first time this season.

Around 1,000 Bluenoses will make the journey up north tomorrow. The last time the two sides clashed at Ewood Park was in 2011. Blues, who were a goal up, were pegged back for the equaliser after a mistake from Liam Ridgewell. Relegation soon followed. Many would accept a point from the fixture if offered to them now, this will be Blues’ toughest away test yet. The home side have made this fixture ‘kids for a quid’ for their fans.

Rover the moon with a point »
« Morrison is a Ravel-ation