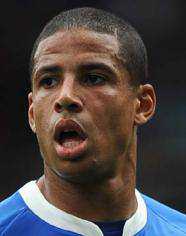 Lee Clark has called on his players to “shine” as high-flyer Leicester City visit St. Andrews tomorrow. Blues haven’t fared well at home of late, losing their last two outings without scoring, but the manager is confident that the season can be kick-started with three points this weekend.

Akwasi Asante and Ben Gordon join Stephen Carr, Pablo Ibanez and Paul Caddis in the treatment room, Nikola Zigic is suspended after his dismissal against Huddersfield and Papa Bouba Diop will miss out unless his Visa permit clears before noon today. David Murphy and Curtis Davies are looking likely to return from respective injuries, which is a massive boost for Blues.

With Murphy back, it is unclear whether Clark will move Paul Robinson to right-back, or play Jonathan Spector there, despite preferring the American in a central midfield role.

Currently 21st in the Championship, Blues will want to start the ball rolling on a climb up the table sooner rather than later. They now have three games in a week, with Leicester followed by away games at Millwall and Leeds. Clark, maybe slightly too ambitious said- “this is a week where we can go and get nine points and get the season up and running and push forward”.

The Foxes have won their last five games and are just one point off the top of the Championship. A tough test for Blues.

So close to out-foxing Leicester »
« What do you think?